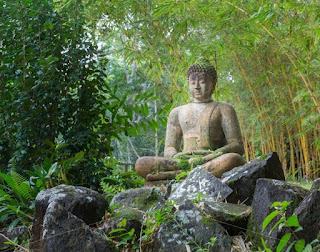 When you walk into the grocery store, how many types of tomato sauce do you have to choose from? It used to be that there were only a couple of choices, but now there are so many different brands it has become paralysis by analysis. I know that I can easily spend five minutes trying to decide on something when there are so many options.

Instead of the typical grocery store situation, I want you to imagine that you walked into the grocery store and what you were going to eat for the week was already determined for you, everything was bagged and ready to go. Considering our Western mentality that freedom of choice is a right, we might feel cheated by this possibility, but there is also the blessing of not having as many options and of not being worried about making a choice for the perfect item price-wise or health-wise.
When Israel was taken to a new place, the land of Canaan, they got a great inheritance of land as God’s gift to them. They didn’t choose it, He chose it for them. But it also came with some expectations behind it as to what they needed to do while in the land:

“Here are the laws that you are to obey as long as you live in the land that the Lord, the God of your ancestors, is giving you. Listen to them! In the land that you are taking, destroy all the places where the people worship their gods on high mountains, on hills, and under green trees. Tear down their altars and smash their sacred stone pillars to pieces. Burn their symbols of the goddess Asherah and chop down their idols, so that they will never again be worshipped at those places (Deut 12:1-3, TEV).

Now we don’t necessarily have the same mentality behind land that people did in the Ancient Near East. We have zoning laws and clear boundaries. But the closest thing I could relate to this would be if you bought a house and the previous owners left a giant Buddha statue in the backyard. Obviously, if they had left the house to never return, you would have the right to smash that thing to pieces and throw it in the dumpster, but you also might want to sell that statue so you could get some cash out of it. Depending on your convictions on whether people should worship statues, you’d either smash or sell it.
This act of smashing a bunch of statues had to be tough for some of the Israelites, especially if they were crafted well and could be sold for a nice chunk of change. Achan certainly fell into that temptation later on in Joshua chapter 7.
In this case, Asherah was a fertility goddess of the land of Canaan, which the Israelites would soon enter. If people worshipped the pole or tree which represented Asherah, to them, it would be the same as worshipping the actual goddess. The worship of Asherah involved going to one of these poles or trees and engaging in prostitution. The two reasons for doing this were obviously sensual and motivational due to the widespread idea that if you worshiped in such a way, you would be blessed with plenty of children.
This may seem strange to us, but think about how many rituals we go through in our Western culture today. If you don’t follow a sports team, you’re out of the loop. If you’re in college and going to a football game without pregaming, you’re weird. The same was the case in their society. If you didn’t go to these high places and worship the same god as they did, you weren’t really a part of that culture. Keep in mind, other countries don’t compartmentalize religion and culture into different categories like those in Western societies do.
The Lord wanted His people to be distinct, so he wanted them to take away the temptation to become a part of another culture entirely, and I don’t blame Him. If I were leading an entire people group into another land, I certainly wouldn’t want all of them making prostitution a part of their routine. But the question for us today is, how do we live distinctly in our own culture? First let’s look at how Israel did so where they were going:

“Do not worship the Lord your God in the way that these people worship their gods. Out of the territory of all your tribes the Lord will choose the one place where the people are to come into his presence and worship him. There you are to offer your sacrifices that are to be burnt and your other sacrifices, your tithes and your offerings, the gifts that you promise to the Lord, your freewill offerings, and the firstborn of your cattle and sheep. There, in the presence of the Lord your God, who has blessed you, you and your families will eat and enjoy the good things that you have worked for. When that time comes, you must not do as you have been doing. Until now you have all been worshipping as you please, because you have not yet entered the land that the Lord your God is giving you, where you can live in peace (Deut 12:4-9, TEV).

The way that the Lord wants His people to worship is distinct in a number of ways. First of all, He can’t be worshipped with an object. You can’t make an expensive statue, bow down to it, and say it’s the same as worshipping the God of Israel-He’s far greater than anything we can create. Thus, in our own culture, we would smash the backyard Buddha statue, pointing people away from such things because we know that a God who is greater than us can’t be represented by something that we create, nor do we want others to fall into the trap of thinking that.
Secondly, God determines the appropriate place and way to be worshipped. It’s not the people who choose their favorite place to worship, otherwise, worship would be on their terms, so it wouldn’t really be God-directed worship. Meaning for us, in our culture, that we should beware of worshipping God on the basis of our preferred location and way. Instead, we should do so on the basis of His instruction to us: to sing Psalms, hymns, and spiritual songs (Eph 5:19).
Thirdly, there was one center of worship, not many. My guess is that the Canaanites had to divide up into different places because of the shame associated with prostitution. If someone was at one tree, you would probably want to go to another one. Also, different people had different preferences of where to go. By contrast, God’s center of worship in Israel is communal, and it’s for eating food and enjoying each other’s company, not for finding ways to divide and for bickering about the color of carpet. Now, this doesn’t mean that we combine every church into one on this earth, but I do know that I have had many missionary friends who have united in fellowship with other believers of different backgrounds and experienced the oneness that Christ prayed for (see John 17:21). This is how it was in the early church, “All the believers continued together in close fellowship and shared their belongings with one another. They would sell their property and possessions, and distribute the money among all, according to what each one needed. Day after day they met as a group in the Temple, and they had their meals together in their homes, eating with glad and humble hearts, praising God, and enjoying the good will of all the people. And every day the Lord added to their group those who were being saved” (Acts 2:43-47, TEV).
Also, Israel’s offerings to the Lord were uniquely sacrificial. It didn’t benefit themselves to offer a fine healthy animal to the Lord as a sacrifice or to take 10% and give it to Him. This is what made it genuine worship: it was God-focused, not self-focused. In the same way, we shouldn’t choose where we worship based on our personal worship style preference (contemporary vs hymns), but on a church’s faithfulness to adhere to God’s Word and His will as revealed in it. Hopefully, this will be demonstrated by sacrificial service to God in order to accomplish His desires on earth. Also, this means that we shouldn’t go to church “to be blessed”. We must demonstrate dedication to God regardless of whether we experience a blessing from Him or not, otherwise, we’re only doing it for ourselves, self-worship.

Again, Deuteronomy 12:9:“Until now you have all been worshipping as you please, because you have not yet entered the land that the Lord your God is giving you, where you can live in peace.”

As we demonstrate dedication to God on His terms, we will live in His peace. When we go after peace on our terms, we’ll keep on running after something that we can never provide ourselves. It’s a gift from God as we demonstrate dedication and obedience to Him.
May we worship God not as we please, but as He would have us to do so: whole heartedly, sacrificially with time and money, united within God’s Church, with Psalms, hymns, and spiritual songs, and pointed away from statues towards our eternal God. Let it be so in Your mercy, Lord, in Jesus’ name. Amen.
Blessing Buddha Christianity Deuteronomy God gods Idols Jesus Law Sacrifice Serve Torah